SEPTEMBER 26TH, 2011 – Editor Lauren Connelly has completed her edit of the entire film and has begun working with director Jonathan M. Levine to create his director’s cut. In October, that version of the film will be screened for producers Marian Sorensen, Alex Darke, Trevor Nelson, and Logan Burdick for feedback. From this round of notes, another edit of the movie will be created and screened for people outside the production. Those in attendance will be asked to fill out an anonymous survey and participate in a discussion with the filmmakers about what they liked and disliked. 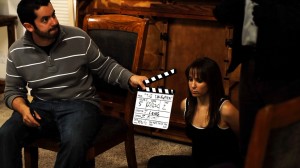 “When you’ve been living with a project for over a year, a fresh perspective can be invaluable,” says Jonathan. “By bringing in small groups of trusted peers from outside the production, we hope to further gauge and refine the impact of the film.”

Once these private screenings are complete, a final edit will be locked and sent to the various post-production departments including music, sound design, and visual effects.