JUNE 27TH, 2011–Principal photography has wrapped on the motion picture THE DAUGHTER. The final shots were completed in downtown Los Angeles last night and met with much excitement from the cast and crew. “I really can’t believe the shoot is over,” says producer Alex Darke. “We all feel like soldiers coming home from a successful battle.”

The film, a thriller about the daughter of mayoral candidate held for ransom, was shot in 32 days throughout all of California. Production began last October around Lake Tahoe then moved to Los Angeles, Monrovia, and Beverly Hills in November.

The production went on hiatus until April of this year when the team returned to Tahoe for another week of work. Next, the film traveled to Los Altos, Los Angeles National Forest, and finally wrapped in downtown LA last week.

A cast and crew of over 30 worked on principal photography for THE DAUGHTER. Over 1.5 TB of footage was shot, amounting to roughly 200 hours and over 2,000 shots. The crew worked for approximately 384 hours to shoot the 89 page script.

“We have been really fortunate to have so many incredibly talented and dedicated people working on this film,” says producer/star Marian Sorensen, “It’s going to turn out beautifully.” 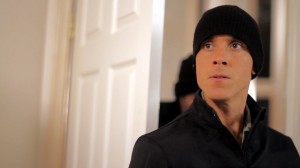 Once a full edit of the movie is completed, composer Kenny Levine will begin writing and recording the score in Jacksonville, Florida. Meanwhile, sound designer Michael Hough has begun putting together a team in Shanghai, China that will create the elaborate soundscape of the movie.

“We’re being very careful,” says Jonathan, “It’s important that we establish a post workflow that will allow us to meet the demands of distributors when it comes time to sell the film. Everything from sound quality to color temperature has to be set to certain specifications for the film to be released in different markets around the world.”

While THE DAUGHTER won’t be finished until the last quarter of the year, there will be plenty of promotional materials slowly rolling out online over the next few months. A full trailer, featuring much more of the story and characters, is planned for release before the end of the year, along with a revamped website feature clips, photos, and behind the scenes footage.